1. Know your process. It'll help you create images you like with efficiency and consistency. One process per project. 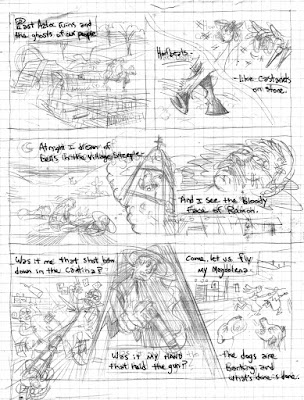 2. Adjust your process. You'll build a bigger, better toolbox to draw from by playing with different approaches.

3. Find the drawing gestures you want to make and make them. Your muscle memory will build and expand its own visual language and style. Make curly-cues and shark-teeth as often as possible.

4. Find the good stuff and study. Who's on your Mount Rushmore of comics? Figure it out, tear it down, build a new one. Never meet your heroes. Obviously, read more than comics and fiction. Get over the crippling social anxiety that made you a cartoonist in the first place and mix it up with reality...maybe later? Maybe later. At the same time, comics is your medium of choice for a reason--read as many kinds of comics as you can and build a reference file--mine's on tumblr: http://thousandwordcomics.tumblr.com/

5. Contrast devices against grids. If every layout-move you make is a special effect then nothing is really special. Only Sam Kieth can get away with this kind of thing and you're no Sam Kieth. Grids and right-angle-centric layouts are great for setting the meter; once you do that you can break the meter with soooommmettthiiiinnng craaaazzzzyyyy.

6. Use the tools you want to use. Pencil and crayon? Pudding and dirt? I knew a guy who drew a book in his own blood! It was disgusting! Go for it, Rembrandt. You're the man now, dawg. 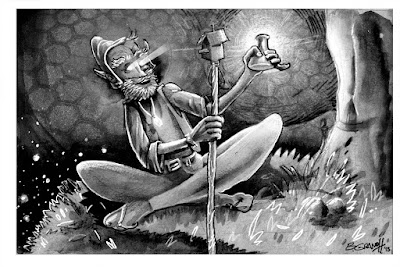 7. Balloons and text are a part of compositions. You're gonna waste a lot of time and good compositions by shoehorning text into images if you don't plan accordingly. 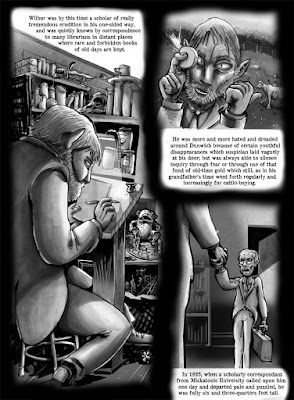 8. Letter first, balloon around. Squashed lettering is strictly amateur-hour...but I still did it a few times in my new book.

9. Edit text to accommodate acting. If the speaker you've drawn isn't saying the words you've written then redraw that face or change that text. Unless your character is a ventriloquist then their mouth should be open when they speak.

10. Image/text balance. If you have a ton of text in a panel then you need to pair it with either a simple image of the speakers (like a silhouette) or an image that isn't of the speakers. When you combine effectively drawn body language with text that reads as an image, a voice is produced in the readers' head. When you have too much text, that voice is diluted. Conversation panels with multiple dialogue exchanges back and forth between characters produce no voice as characters change their tones and conversation shifts. Don't be lazy, give every moment its due or cut some of that dialogue. 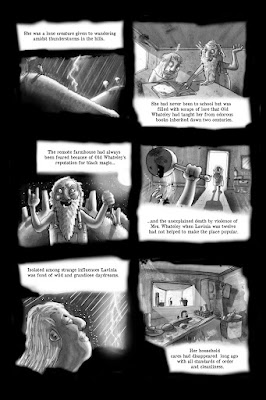